Now, I know you’ve all come to view me as some sort of God-like figure, imparting wisdom to all you commoners… okay, well, that’s how it goes in my version, but moving on. I know that I have the tendency to make these sweeping proclamations, trying to turn a humdrum life event into a philosophical quandary, but I’m here to tell you- this one, I’m not. Hell, I don’t even know how you could. After all, it’s mainly about a new cab driver, two drunks, and my appallingly sober self… although now it’s starting to sound like a Samuel Beckett play… but I’m getting ahead of myself. 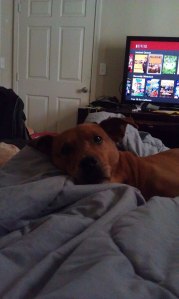 As I lay awake in bed, watching Scooby-Doo: Mystery Incorporated (ya know, typical Wednesday night) I received a text from a guy I’ve been… whatever with. Interested in? Kinda seeing? Hooking up with? Doesn’t matter, the point is, around 10:30 at night, I get a text from him asking if I’m still up. Desperately trying not to reveal how lame I really am, I responded, “Of course I am” even though I could hear myself crashing. I waited for the chirp of my phone to see what he said next.

“Drunk and thinking of you…”

Okay, not exactly Hallmark material, but- well, thinking of me is good, right? We continue these shockingly aimless text flirtations until I receive a text, saying, “I wanna cuddle with you. I like cuddling with you.” Again, this probably wouldn’t make the cut at our wedding rehearsal but, eh, it’s kinda sweet in a “please let me stay with you so I don’t sleep alone and choke on my own vomit in the middle of the night” drunken kinda way. Being the kind and gracious soul that I am, I offered him a place to crash for the night.

Only problem is, well, I don’t drive. He drives. I don’t. He’s drunk. I’m not. So I end up calling a cab company for a pick-up, with the intention of doing a roundtrip, to the bar, grab the guy, then head back. I call the cab company, they tell me they’ve got someone headed my way, so I wait outside for the taxi.

A couple minutes later, a cab shows up, I hop in, and we begin the drive downtown to pick up my drunken date or blitzed beau, whatever you’d like to call him. Only then does my cabbie (great guy, by the way) tell me that dispatch just got back to him. I’m not his fare. It was 11:15 on a Wednesday night and somehow I got into the wrong cab. I mean, how is that even possible? Who else is calling a cab at 11:15 PM on a Wednesday?!? So, I feel a little guilty, but the driver is a nice guy and tells me not to worry about it. 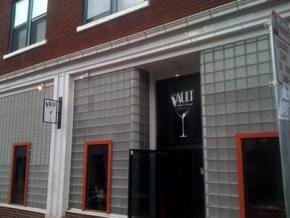 Not a lotta time goes by and we get to the bar to pick up this guy. I give him a call to let him know we’re outside, but he asks me to come inside for a second. I oblige, asking the driver if he wouldn’t mind waiting just a moment. of course, he says sure. I go inside for all of, maybe, two minutes? His friend wanted to check that he was being safe and wanted to meet me to make sure I wasn’t, like, some crazed rapist, I guess? I mean, I later found out it was just a flimsy excuse to show me off to his friends who, evidently, wanted to check me out. Regardless, it doesn’t take but a minute and we are back outside, about to get into the cab.

Only now there’s a drunk girl in it. Much like a kid at the zoo, ignoring the “Please do not tap on glass” signs, I tap the window gently to see if, well, she’s still breathing or something. She’s good. I lean my head into the window to see- basically to see what the hell with the driver? He explains that she lives, like, two blocks from me and do I mind dropping her off too? I assure him, I’d rather she get in the cab than try to stumble her drunken self back home. With that, we depart.

Over the course of the abbreviated car ride, the young woman manages to slump every which way at least twice, mumble unintelligibly about a slipper, drool on my shoulder a little, and burst out into spontaneous laughter when nobody was talking about every three or four blocks. Still, the hellish ride is almost at an end. We get to her place when the driver asks us, “how do you wanna split the fare?”

I assure her it’s nothing to worry about, I’ve got it covered, just get some water, get in bed, and get some rest. The guy and I manage to unload her from the cab. In between her slurred sorry’s and tequila-laced thank you’s, she fumbles for her keys… which she does not have. No problem, she tells us. She’s broken into her house before. Not exactly inspiring confidence, but okay, I told her. If she insists. She’s about halfway up the walk (to, what we later discovered, was the wrong house anyway) before she realizes she doesn’t have her phone.

Three people desperately search the cab for her phone. The drunk girl because, well, it’s her phone… and the other two of us because her drunken charms are beginning to wear thin. At this point, i just wanted to go to bed, damnit. It’s not in the cab. I ask her where she was that night, and she gives me the name of a bar. I call. they’ve got a phone that matches her description. 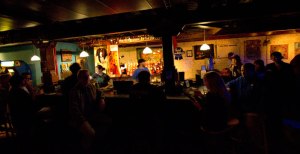 We get back in the car to drive back to the bar. All the while, she’s gettin’ her drunk second wind and telling the cab driver to “crank some tunes.” Luckily, this trip back feels shorter. However, in true drunk fashion, when we arrive at the bar, she’s practically passed out again. This, of course, means that I’m responsible for retrieving the phone- a phone that I have no idea what it looks like. After several attempts to convince the bartender, the fact that I know the phone has one missed call from a 513 phone number (she had me call it earlier to see if we could hear it ring) proves that I’m the real deal.

Again, another laborious car ride where we ultimately unload this drunken mess of a woman on to the sidewalk of, what she claims, is her house. Now I don’t know what happened next for sure because, well, at this point I was gettin’ cranky and just wanted to sleep, so we took off. I haven’t seen any news reports about a drunk girl breaking and entering into an elderly couple’s home or anything, so I’m feelin’ pretty good about this one…

Still, if I’ve learned anything from this, it’s never help a drunk stranger… or even a drunk guy you know, now that I think about it. Sometimes your best bet is just to stay in bed and watch Scooby Doo: Mystery Incorporated. Well would ya look at that, I guess there was a life lesson after all. Not applicable to all… or even most… but there all the same.

Here’s What You Missed…

Thoughts Not Worth Thinking